Koichi Domoto stars as the head of a theater company in the musical “Endless SHOCK” at the Imperial Theatre in Yurakucho, Tokyo. The “SHOCK” series started in 2000 with the aim of “creating one shock every three minutes,” and took up the name “Endless SHOCK” in 2005.

This second half of our two-part special on Domoto and the musical features a discussion between him and three other performers: Tomoyuki Yara, Beverly Maeda and Naoki Ishikawa.

Domoto, affectionately called Koichi-san or Koichi-kun by fans and colleagues, plays a character also named Koichi in the musical. Yara similarly plays his namesake character Yara, a rival of Koichi. Like Domoto, Yara is managed by Johnny & Associates, where he also choreographs for younger performers, as he is an excellent dancer.

Veteran actress Maeda plays the owner of an off-Broadway theater where Koichi’s company scores a success. Maeda first made her name as a model on posters for Shiseido Co., and is now a successful stage actress who has made guest appearances with Shiki Theatre Company and Toho Co. productions.

Ishikawa, who supports the musical side of “SHOCK” with his taiko drum performance, began playing percussion at age 15 and appeared in “Blast!” on Broadway. He has appeared in “Endless SHOCK” every year since 2005.

The Yomiuri Shimbun: What is Koichi-san like as the leader of the cast?

Yara: Koichi-kun takes up the toughest scenes, like sword fights, and rushes ahead of us. That’s why we feel from the bottom of our hearts that we want to follow him. I actually like seeing him dead tired and letting out a deep sigh. [laughs]

Domoto: When I see Yara run out of steam, I also think, “Great!” because the theme of “SHOCK” is “What lies beyond our limits? The show must go on no matter what.” Unless we, the cast members, go beyond our limits, we can’t get anything across to the audience.

Yara: Sometimes our lines and movement really shine when we are physically worn out. When I appear in a show other than “SHOCK,” I sometimes feel it’s not hard enough. Am I a freak or something?

Ishikawa: I always think I’m going to die in a scene where I expend a lot of energy, but I love that sensation. That makes me a member of the “freak family” too. [laughs] I’m sick.

Domoto: Are we using inappropriate language for print … ? I think it’s great that we can share all the emotions, from difficult moments to the frustration we felt in 2015 when a set accidentally collapsed and caused injuries.

Yomiuri: Beverly-san also made it onstage in the autumn of 2015 despite a left shoulder fracture.

Maeda: I slipped in the rain and fell on my way to the theater. I had my shoulder taped and performed, but it became more and more swollen during the performance.

Domoto: You were performing without making the audience aware of your injury.

Maeda: I told my doctor I’d wear a sling and continue appearing in the show, but the doctor told me, “If you are that reckless, you won’t be able to raise your arm anymore.” So I withdrew from the show against my will. I asked [Katsuhide] Uekusa-san to stand in.

Domoto: I think these situations don’t reflect the times. If someone in “SHOCK” has a temperature, then it’s like, “OK, just push yourself and get the job done.” Isn’t that power harassment? [everyone laughs]

Ishikawa: Well, “SHOCK” is quite peculiar because various things are put into the production, be it projections or electric light spectaculars. My foreign friends tell me we should put it on Broadway.

Maeda: I agree! As a Japanese person, “SHOCK” stirs my soul.

Yomiuri: Beside Koichi-san, Ishikawa-san has appeared in “SHOCK” the most.

Ishikawa: This is the first show in which I’ve worked with people from Johnny & Associates. I’ve been impressed that they work so hard behind the scenes and make no compromises.

Maeda: You are the one practicing percussion backstage all day, Ishikawa-san!

Domoto: I can hear his tum-tuming all the time. Like Ishikawa-san, “SHOCK” is full of people who show how professionals should behave through their words and deeds.

Ishikawa: Koichi-san, you are deepening the art of being our leader every year.

Domoto: Thank you for the compliment. About 10 years ago, there were times when I couldn’t get across what I wanted to say very well, and I thought, “OK then, I’ll do it by myself.” Now I can entrust certain things to each section to some extent. Then everyone in each section gets on with the job with a sense of responsibility. I can see Yara’s desire to add depth to his character is getting stronger year after year. You’re always reading the script backstage this time, aren’t you?

Yara: I remember all the lines perfectly, but this time I wanted to look at Yara [the character] again with fresh eyes. I imagine how he met Koichi [the character] and take down notes on my cell phone. I can never show you the notes though because it’s embarrassing!

Domoto: You’re the man. It’s very important to imagine what’s not written in the script.

Yomiuri: On Jan. 11, a technical problem occurred during a performance of “Johnny’s Allstars Island” at the Imperial Theatre. Koichi-san ran in to save the show with an improvised talk.

Domoto: I was rehearsing [in the same building] when a staff member came in, saying, “It’s horrible!” It was more dramatic than a play.

Yara: Koichi-kun volunteered to help, asking the staff member, “Shall I come?”

Maeda: Koichi-san is so gutsy in critical moments. Where do you get such strength?

Domoto: You need energy to turn a negative situation into a positive one.

Maeda: Koichi-san knows very well the scary part of doing revivals of the same show every year. That’s why he faces the work, his fellow performers and the audience with complete seriousness. I like him for that.

Domoto: Revivals are scary, but I trust the whole cast. My character leads a company, so I think there are elements to him that men who have subordinates at work can empathize with. This work can also appeal to teenagers and make them think they’ll do their best in whatever they do. I hope people of all ages will love “SHOCK.” 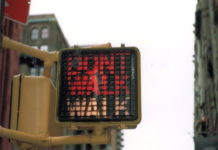 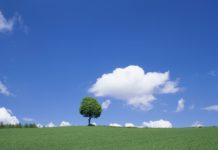 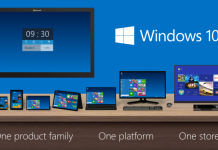